I took part in a Standing up for Science workshop organized by Sense about Science in Brussels, Belgium on October 5th.

I have also become a member of the Voice of Young Science network.
VoYS is our unique and dynamic network of early career researchers across Europe committed to playing an active role in public discussions about science. By responding to public misconceptions about science and evidence and engaging with the media, this active community of 3,000+ researchers is changing the way the public and the media view science and scientists.

Abstract:
The relationship between feminist and trans activism is more complicated than one might expect. Modern feminist theory considers gender to be a socially constructed and discursively maintained rather than biological category, which seems to be in agreement with the conviction that gender is about how one feels and identifies rather than what one’s body is like. Both women and trans individuals experience gender-based discrimination and oppression. However, some feminists have claimed that trans activism is detrimental to their cause, which has earned them the label TERF (trans-exclusionary radical feminists). As early as in 1979, Janice Raymond condemned trans women for reinforcing traditional gender roles and contributing to the essentialization of gender identity. More recently, Sheila Jeffreys has argued for seeing transsexuality as harmful both to feminism and the lesbian and gay community (2014). Both feminist and trans activists have provided brilliant arguments against such views, with Julia Serano’s (2007) book among my personal favourites.

Academic debates are one thing, but activist practice is another. In this talk, I would like to present an example of sisterhood solidarity between feminism and female trans activism in the context of post-socialist Poland. A small but vibrant community of trans women in the city of Poznań is currently engaging in many projects that reach beyond trans activism, e.g. aiming at combating violence against women or empowering women for political participation. While actively engaging with and supporting the feminist movement, which is struggling under the current anti-feminist backlash common to Central and Eastern Europe, they are silently contributing to the visibility and social acceptability of transsexuality in their environment.
0 comments

Some impressions from Baku 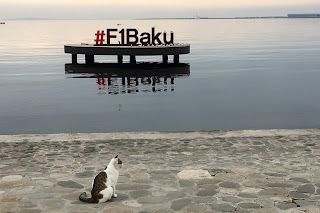 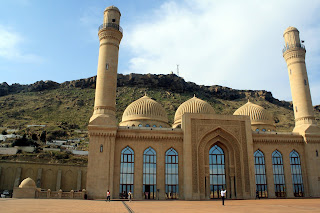 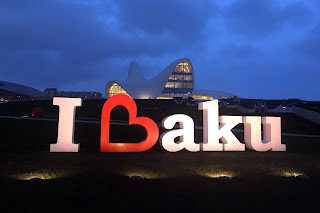 Welcome to my blog

My name is Joanna Chojnicka and this blog is an expression of my passion for the Baltic countries - Latvia and Lithuania - and it serves an additional function of a "warehouse" where I can store all my materials: stories which I have written while staying in these countries, bits of translation, pictures, interesting links, teaching (learning) materials. I hope that it may become a meeting spot for people of similar interests. If you need information, help, advice on anything related to these countries - contact me (the link opens your e-mail program).